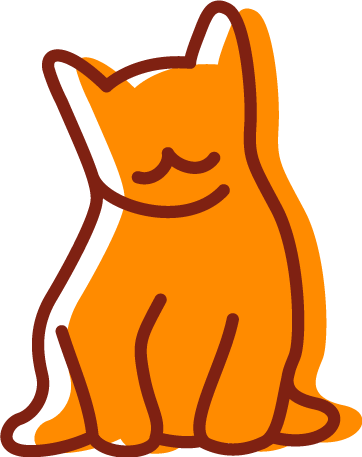 A long time ago in a alien place called San Diego I dated a girl who had a very large cat. His name was Edgar. He was a very large, imposing boy who hogged the bed. When I started to do freelance EdgarArts was chosen and Edgar was immortalized. When I moved my operations to the more temperate Minneapolis leaving the girl and Edgar behind I wanted to keep the spirit of the big guy alive and changed the name to BIGFATCAT. Over the years it has served as the home for a music magazine (PLAYBACK:stl), a music festival (PLAY:stl) and a whole bunch of freelance projects running the gamut from restaurants, political campaigns and tax experts.

As a designer I have spent my entire career in marketing. I’ve done this for large corporations (Ernst & Young, Mailboxes Etc.), higher education (Webster University, State University of New York at Albany) and, currently, at one of the largest cleaning corporations in the world – Kärcher.

This site is meant to be a representation of my work and my thoughts on everything from politics, music, passion, travel and being a designer. Planet Jim Dunn is my portfolio section which will be built out, promise, at some point in the near future. The blog is simply where I blab. At the beginning of this year I swore off Twitter and Facebook for my personal rantings but promised to try to write more – hence the blog.